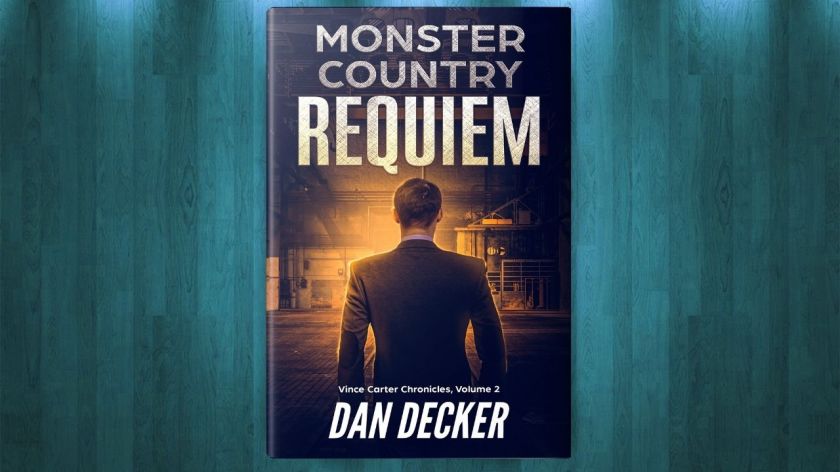 Silence fell over the office after Sharon and I finished recounting our story. Our boss, Paul Jensen, had listened with rapt attention, hardly asking any questions and only making a couple of notes. I studied the impressive list of degrees he had on the wall behind him. The office was pretty much bare except for those degrees. The starkness of his decor seemed to accentuate them even more, making him all the more imposing.

I had a distinct feeling that if it would’ve just been me, he would have said something conciliatory and then made plans to terminate me after I had signed the appropriate nondisclosure paperwork.

He thinks we’re crazy, I thought as I looked out the window. We were on the fourth floor, I could see for miles. What does he think happened to everybody else? Does he think we killed our teammates and left them for dead?

Why else didn’t they come back?

Paul had worked at Genizyz for over twenty years, and as far as I knew had never been in the field. He had been in management fifteen of those years, slowly working his way up the corporate ladder.

He had worn reading glasses when we first walked into his office, he now fiddled with these as he weighed his response.

“Let me just make sure I understand this correctly,” Paul said finally, twirling his glasses in his fingers, “you guys found dinosaurs that carry a contagion that turns people into zombies.” He paused as if he could not believe what he had just said, looking at us as if expecting it was all a big joke. “Is that a correct assessment of the situation?”

Sharon and I exchanged a glance.

When he put it like that, he made it sound ridiculous, but it was the truth.

“That sums it up, but I don’t like your tone,” Sharon said, leaning forward. Her voice was cold. Even though Paul Jensen was senior to her, she had been with the company longer. “Our teammates died because they became zombies. We didn’t bring anybody else back because it wasn’t safe.”

“Some are still alive?”

I snorted. “They might be moving, but that doesn’t mean they’re alive.”

Paul gave me a skeptical stare. “And the eggs?”

“We believe they are the eggs of the larger dinosaur,” Sharon said calmly, daring him to challenge her.

He leaned back in his chair. “I almost forgot that there were two varieties.” He paused as if to emphasize his incredulity. “The small ones and the large ones. They both looked exactly the same except for their size?”

“So there is an apparent risk that these eggs could turn people into zombies once they hatch,” Paul said.

“We should destroy them,” I said without looking over at Sharon. “We can—”

“We will destroy nothing.” Paul gave me a level stare. “It’s bad enough that we’ve lost so many. The eggs are the only positive thing that has come out of this unmitigated disaster. Furthermore, I am not willing to dishonor anybody’s sacrifice by destroying this find. We can’t let their sacrifice be in vain. That would be wrong on a lot of different levels.” He gave me a look that said the very suggestion of doing so was sacrilege.

I nodded as if accepting his view, but it was really because I recognized a losing situation when I saw one. Sharon did not bother to hide a smug look. Judging by Paul’s frown, I wasn’t going to risk saying anything more. Sharon seemed satisfied.

“We need our own lab,” Sharon said, “we must have a place to study the eggs.”

“It must be sealed,” I said. “We need hazmat suits. Disinfectant stations. We should not take any risks.”

Paul hesitated for a moment. “I’ll see what I can do, but I make no promises.”

Pick up your copy today!